The Young Peace Builders (YPB) was initially established as a youth-led community based organization in Sierra Leone and registered with the Ministry of Youth & Sports (now Ministry of Youth Affairs). The organization has transformed into a Youth-led Network with young Peace builders, Artists, Activists, Students, Young Professionals & Journalists from within and outside Sierra Leone (country of establishment). As an organization founded by and for youth / young people that were passionate about building peace and positively contribute towards the development of their communities, its establishment was pioneered by a young peace builder that is worth recognizing. 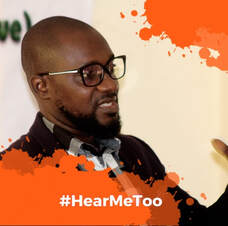 Amb. Herbert Bangura is a young man who experienced & suffered the bitter consequences of the brutal civil armed conflicts (wars) in both Sierra Leone & Liberia loosing family members, friends and loved ones and thus, he understands the importance of Peace and Tolerance through respect for human rights and dignity. He lived as a refugee and experienced the bitter hand of life and struggled through for many years. However, Herbert is considered an outstanding youth activist, advocate, leader and peace pioneer (Commonwealth Peace Pioneer 2010, Kigali Rwanda) with enviable leadership and advocacy skills. He is passionate about youth leadership development and peace building and pioneered the establishment of the Young Peace Builders initially as a youth-led network (now youth serving) that has and continue to transform the minds and lives of young people at local, national, regional and international levels respectively for holistic development of our common humanity. Herbert is also known as a motivational speaker and an accomplished vocalist who uses his vocal (music) ability to preach peace, promote human and women's rights. He is the current Executive Director of Young Peace Builders, haven worked in a number of policy development environment for a reasonable period of time including being part of the team that pioneered the establishment of the National Youth Commission in Sierra Leone and the Mano River Union Youth Parliament which comprised young people from Guinea, Sierra Leone, Liberia & Ivory Coast respectively. He is a dynamic young leader and continues  to give inspiration to those he come across daily.
Young Peace Builders is a non-governmental, non-political, non-religious and non profit making youth-serving organization seeking to create a supportive environment for the survival and development of communities through volunteerism and service delivery.
Contact:
___________________________________________________________________________________
C/o. 3rd Floor, AID-SL, 17 Circular Road Freetown (Communication) & 94 Congo Town Road, Makeni, Bombali District, Sierra Leone, West Africa
info@youngpeacebuilders.org / programs@youngpeacebuilders.org / ypbuilders@gmail.com / ypbsl1@gmail.com
Phone:  +232 76 259 999 / +232 88 401 155
---- TOWARDS CREATING A SUSTAINABLE WORLD ---
"Up for the next generation; enhancing youth participation in Peace building and community development"
​(c) Young Peace Builders - 2022
(c) Young Peace Builders 2016 "....Enhancing Youth Participation in Peacebuilding & Community Development"